A downloadable game for Windows

...AND MORE - Fight an undead T-Rex. Befriend a dog. Pet a grackle?

Ephemeral Tale includes a range of accessibility options, from control schemes (including keyboard, controller, and touch input) as well as colorblind settings and difficulty options. Ephemeral Tale empowers you to play however you decide (or need) to.

PLEASE NOTE -- Ephemeral Tale is still in active development, and as such should be treated as an Early Access release. We're open to any and all feedback you have for the game. We intend on involving our community in whatever way they wish to be involved in the development process-- dislike one of our bosses and have an idea? We're listening. Would an item be better if it did this thing instead of that thing? We're not opposed to it. Have an idea for a zone, NPC, or quest? Don't rule it out, baby. We love your passion, and we love that you want to help us make this the best game that it can be.

We're currently committed to releasing regular patches (generally on Tuesdays), with the usual suspects of changes (bug fixes, inconsistencies, content here and there, etc.), and a more substantial patch every few weeks that will add new features, revamped content, or anything that's too significant to fit in the time span of our normal patch schedule.

What can I expect from the game if I buy it today?

The current state of Early Access is a fully-playable build of Ephemeral Tale. Front-to-Back. Over the course of Early Access, we plan on deepening that experience in a multitude of ways, but you will have a fully playable game with a beginning, middle, and end from Day 1. A play-through of just the core content can be completed in 4-6 hours, with side content adding an addition 1-3 hours.

What does that mean? 30+ unique enemy types, 60+ unique items, 3 dungeons, and a handful of bosses. Everything you see on the store page here is fully accessible content.

And sure, someone who buys it at the full release will have more playable content than you did, but it's really like comparing a slice of pie to.. well, two slices of pie.

In order to download this game you must purchase it at or above the minimum price of $9.99 USD. You will get access to the following files: 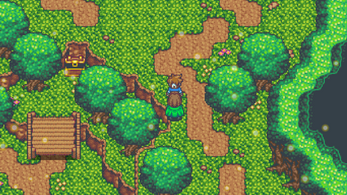 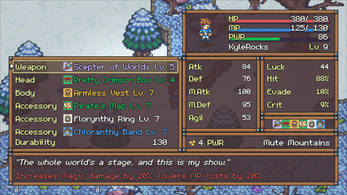 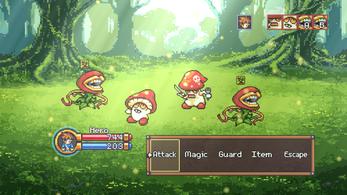 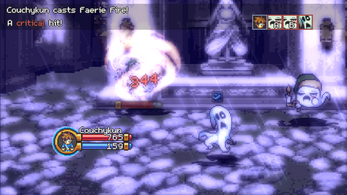